Our Founder & Our Father 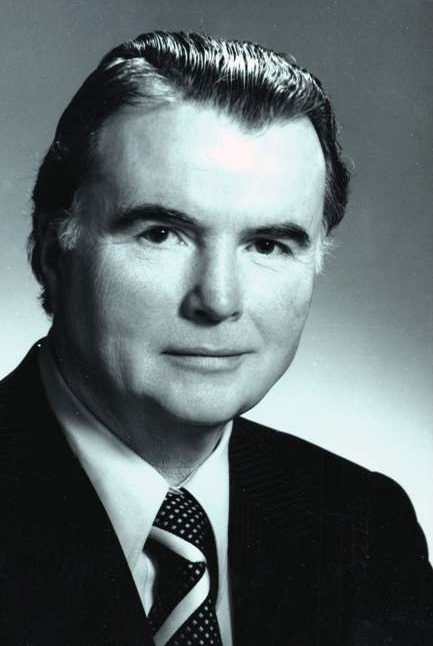 Harold L. King was born in Syracuse, New York in 1919. He grew up on Long Island during the depression. While in high school, Harold got his first job selling roasted coffee door to door. He later attended Cooper Union University on a full scholarship. When World War II began, Harold joined the Army Air Corps and began his training as a pilot. He quickly rose through the ranks and would fly B-17’s and B-29’s until the war ended.  Harold’s stepfather, Arthur Woelfl, was the manager for J.Aron & Co.’s San Francisco office, and in 1946 he offered Harold an entry level job there. Harold decided to pack up the family and make the move across the country to California and thus began his career in the coffee business. Harold worked for J.Aron for eleven years until the end of 1957 when the company decided to close its San Francisco office and consolidate its operations to New York and New Orleans. Harold was offered a job in either location, but by then he and his young family were firmly entrenched in California and so Harold decided to start out on his own.


On January 1st, 1958, Harold L. King & Co. was born. Harold persevered through some lean early years and gradually built the business up as roasters got to know him as an honest and reliable source for quality coffees in all grades. In the 70’s and early 80’s there began to be a shift in the coffee business towards smaller specialty roasters interested in higher quality beans. These roasters needed a source for the higher qualities and the problem was that buying in less than container loads was almost unheard of. One of these early pioneers was a man called Alfred Peet. Alfred had been turned down by many dealers who refused to break a container for him but eventually he contacted Harold and they worked out an agreement to deliver his coffee over time. It was the first time for each of them to structure business in this way and it would prove to be the start of a revolution and a key to the success of Peet’s Coffee and Harold L. King & Co. as well.

Harold was intimately involved with the various coffee associations, particularly the Pacific Coast Coffee Association, where he continually served on committees and as its President in 1978. His son Robert joined the company in 1973 and was followed by son John in 1984, both of whom continue to run the company to this day.  Harold finally retired from the business at the age of 70 in June of 1989 but sadly he would never get to enjoy much retirement as he passed away in January of 1990 only 6 months later.
Ask anyone who ever knew him; there was not a finer man in the coffee business.